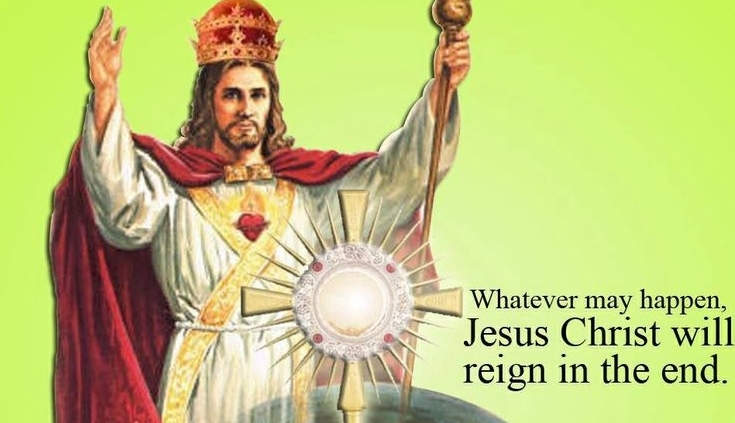 Who will lead us to the truth?

This weekend we celebrate the Feast of Christ the King. In a world where the idea of the monarchy has diminished to a ceremonial role and leadership is found in the form of democracy, dynastic rule or in the cult of personality, we can lose sight of who we are called to become in Christ. The form of leadership that is put forward talks about being in power, being spectacular and being relevant. The focus moves off the office and onto the person occupying the office. We are then bombarded by opinion polls which tells us to the degree to which that person’s leadership is acceptable rather than a consideration of how they are called to be at service. When this focus shifts significantly we start to recognise that no one person can fulfil all our desires which are beyond their human capacity to achieve in their own lifetime!

It is against this reflection on leadership that we start to notice how Christ leads from the midst of people and their everyday lives. He seeks us out first, that we may discover the truth of who we are called to become. The Kingdom is not something to be discovered and established outside of ourselves but rather a gentle invitation to be at home with him and him at home with us. This desire to enter under our own roof as we so often hear at the time of communion is a recognition that we are worth the effort. This means Jesus meets us in our failures as much as our successes, in our sickness as much as in our health, in our wealth and in our poverty. This meeting is not just focused on our circumstances but on the heart of our life which meets us with an intense desire to be present in all things and in all situations.

So in our own time what is the leadership we seek? Many issues seem to come to the fore as things which compete for our attention. Even over the last week, the relationship to the environment we live has been debated and many have called for fresh vision and insight. We hear many competing voices which speak about the information about how the climate is changing and we struggle to respond in a way which balances our own needs with the impact that we do have on the world around us. In many cases, the emphasis is on how our intervention is needed to provide remedies to a world which has the perception of falling outside our control. However, I believe that the leadership that is needed is to recognise that we are called to be stewards of creation, not masters of the universe. We are not called to dominate the world around us and conquer it by force to bend to our will. Rather we need to listen to how we are called to become at one with each other and with God in cooperating with the natural world. We are called to be co-creators with God. Since we have received all things as a gift, we should treasure what has been entrusted to us. Not to be exploited solely for our own ends but rather used wisely with respect for all creation of which we are part.